Mrs Cheam was proving a very awkward patient at the Private Hospital for exclusive clients. McCain was recovering in a secure unit on the floor below, his ordeal had been a difficult one and police were still waiting to question him 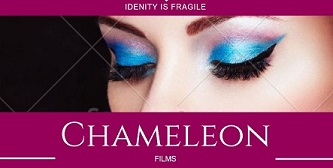 Now on sale with a 30% discount

I purchased this video and was impressed by intensity and story line. I would say this is a little rougher and more physical that your normal videos which for me is my preference. Any plans to make more videos in this same vein. Thank you.
Top

I guess from your comments it's the head ko sequence that you liked. In the other Chameleon film Poppy sprays Fiona in the face then punches her.
I'm not sure if that sort of element has been included in any of the more recent releases (perhaps John can comment on that) but in the Prison escape four girl video, Scarlett T certainly punches both Holly Kiss and Kasey.

If it's something that appeals then I'm sure John would be willing to produce more similar scenes.

Your correct about Head KO, but also the victim being completely stripped naked, given an injection to put her asleep, nurse laying on bed naked while nurse's uniform is being put on by patient and also being gagged and bound tightly. All these elements made for a great video, along with the acting of the nurse and patient. And thank you for your response.
Top

And thank you for your kind comments. I'm glad you liked the story. I actually scripted that plot and tried to include mas many of the elements that people had asked to see. I personally like to see different methods of overpowering used rather than the standard chloro type scenario (Which I must add is very popular hence why it's used so often) and is the reason that four different methods were used in the original series of four girl stories.
The scene of Poppy under the covers was designed to pay homage to the great scene in Carry on Nurse with the nurse tied up in the bed struggling.
Top

Just a follow up to your e-mail of November. I was wondering is any thought was given to producing any more videos along the lines of the Awkward Patient in the near future.
Top

I don't know for definite, but as far as I'm aware there aren't any plans to produce any more stories.

I did come across an image which I did produce for a potential story, the title of which might interest you. It would have seen elements of Operation Chessman, The Medusa Affair. The Perseus Project and The Icarus Incident (never produced) brought together. Had it been produced it would probably have been a Damsels in Peril release rather than a Chameleon Films one.